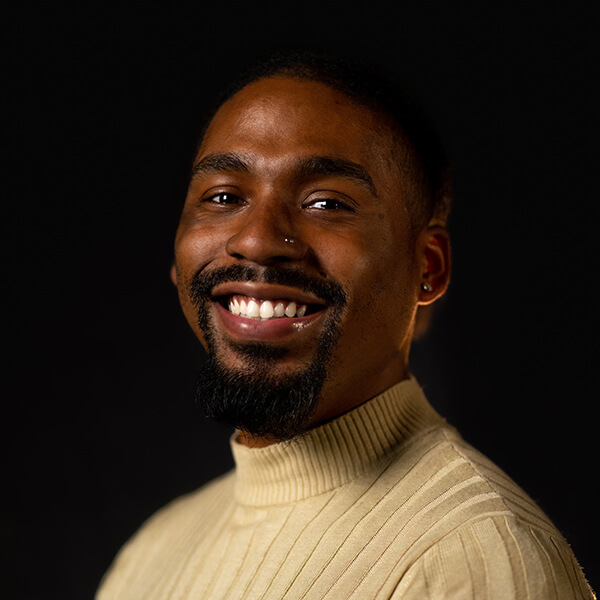 Marcus Johnson is a native of Washington D.C who has been studying, and training rigorously in professional dance for 12 years. Marcus is trained in Ballet, Modern, African, and Hip Hop and started professionally training at Duke Ellington School of The Arts. Following his tenure at Duke Ellington, Marcus was chosen to tour in China for an international dance conference. He has performed with Sting and Paul Simon, toured in Los Angeles, where he also kept up his training. Marcus has been teaching dance for about 7 years at the Dance Institute of Washington, where he’s had the pleasure of instilling all that he has learned through the years to the next generation. Marcus believes it is very important to be versatile and adaptive in this field –“it enhances your capability as a young dancer”. Marcus is grateful for the experience of inspiring the next generation to come; to mold great, strong and disciplined dancers at the Dance Institute of Washington and to impact and change the lives of children through the Art of Dance. Marcus is also experienced in the ins and outs of programming and stage productions. While he may often teach, you can also find him in meetings working hard alongside of DIW’s Creative Director. 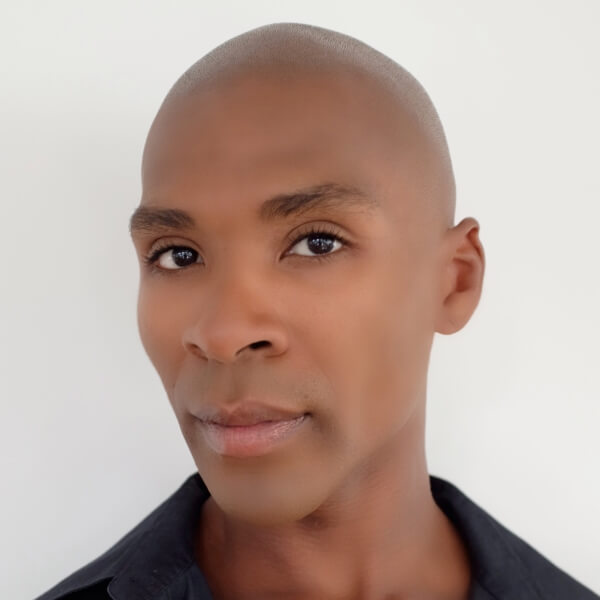 Born in Johnson City, Tennessee, Aaron Jackson began his dance training at the age of ten, with Susan Pace-White at Holloway Dancing School.  He attended summer intensives on full scholarship at the Joffrey Ballet School, The School of Pennsylvania Ballet, and San Francisco Ballet School.   Mr. Jackson attended the Summer Course at the School of American Ballet (SAB)  before enrolling as a full time student in the Fall 1998.  In 2000, Mr. Jackson was invited by Arthur Mitchell to join The Dance Theatre of Harlem.   He then joined The Washington Ballet under Septime Webre in 2001.   After eight seasons at The Washington Ballet, he joined Company C Contemporary Ballet in San Francisco for two seasons.  Mr. Jackson retired from performing in 2010 and returned to Washington D.C.

Mr. Jackson is currently the Head Ballet Instructor for the Pre- Professional Division at the Dance Institute of Washington. Jackson began teaching at The Washington School of Ballet in 2010 and joined the faculty of  The Dance Institute of Washington in 2019.  He was previously on the faculty of the Jones -Haywood Dance School and the Berrend Dance Centre.  Jackson has also taught at The Ballet Alliance, Tennessee Association of Dance,  City Youth Ballet, Tennessee. Internationally, he has taught at Tanzwerk 101, Tanz Akademie, Zürcher Hochschule der Künste, Zürich, Musical Factory, Lucerne, and Tanzkompanie des Theaters St. Gallen, St. Gallen.

Mr. Jackson was a 2017/2018 National Visiting Fellow at SAB and currently serves on SAB’s Alumni Advisory Committee on Diversity & Inclusion. 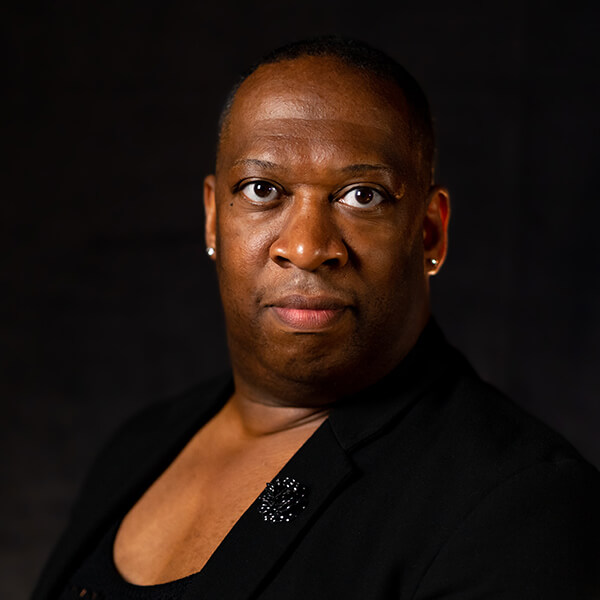 Kevin Malone Artistic Advisor to The Dance Institute of Washington
Kevin Thomas Malone, a native of Washington, DC, is currently on staff at Jyla’s School of Dance, Metropolitan School of The Arts, Katherine Smith Contemporary Dance Ensemble, Dance Institute of Washington (DIW) and Ballet Nouveau. Kevin has choreographed contemporary ballet solos for dancers representing the Ukraine and the U.S who competed in the 2006 International Ballet competition and the Youth America Grand Prix. A graduate of the Duke Ellington School of the Arts (DESA) and the University of the Arts with a BFA in modern dance, Kevin has had additional training at the Ailey School, the Washington School of Ballet and the Adrian Bolton Dance Company. He was also a principal company member with Liz Lerman Dance Exchange and Philadanco, touring the U.S., Europe, Canada, Asia and the Caribbean, and taught for the Rock School of the Pennsylvania Ballet, Alvin Ailey Dance Camp, DESA and Ballet Royale Academy. Kevin served as Associate Artistic Director for the Bermuda Dance Company and DIW. Kevin also served as a guest Master Teacher for Olga Tozyiakova’s Ballet Studio #7. 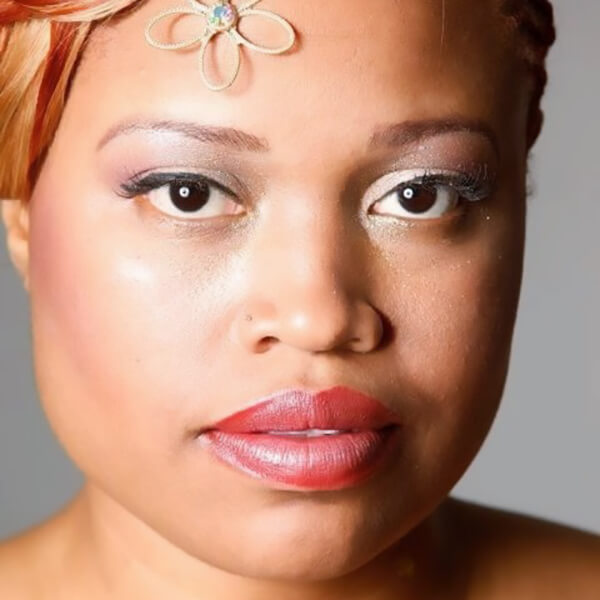 Afi Soul Lydia Production Advisor to The Dance Institute of Washington
Afi began her studies in African dance in a non-formal setting in the Spiritual/African centered community of Washington DC primarily in traditional Ghanaian dance. When Afi was 2years old, she began taking classes with Melvin Deale and the African Heritage dancers. This was her first formal introduction to African dance technique. As Afi got older, she began to explore her love for dance in other style of dance primarily modern, jazz, tap and ballet. Some of her main instructors her Carol Foster (DCYE), Toni Lombre (Tap), Sandra Fortune-Green (Ballet). When Afi was 14 she went back to studying Sene-Gambian technique at Kankouran West African Dance with Assane Konte. Since then Afi has explored Traditional Yoruba dance (Nigeria and Trinidad and Tobago) as well as Afro-Cuban dance and continues to travel worldwide to learn and explore indigenous and traditional dances throughout the African Diaspora. Some of her dance performance highlights are GWU Lisner Auditorium, Howard Crampton Auditorium, Curacao Jazz Festival, and Cote D’Ivoire, West Africa. 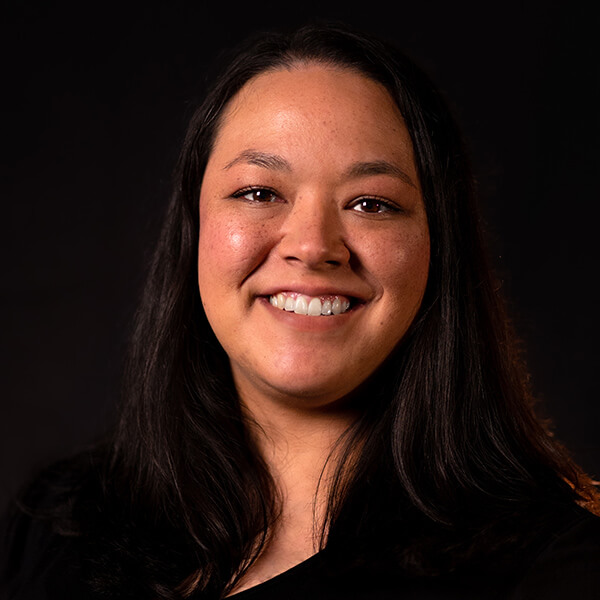 Barbra Chin Early Division Curriculum Committee & Faculty: Ballet
Barbra Chin has been a ballet instructor with DIW since 2012 when she moved to DC to pursue her graduate studies at Howard University. Originally from Salt Lake City, UT, Barbra trained in classical ballet and Character dance under the Cecchetti method at the Children’s Ballet Theatre (CBT) and at the University of Utah, dancing in the non-major ballet program under the direction of notable instructors such as Conrad Ludlow, a former principal of the New York City Ballet under George Balanchine. Barbra began teaching ballet while still in high school and has over 13 years of teaching experience. As a ballet instructor, Barbra has taught dancers ages 3 to adult and thoroughly enjoys the process of teaching classical ballet technique to dancers of all ages. 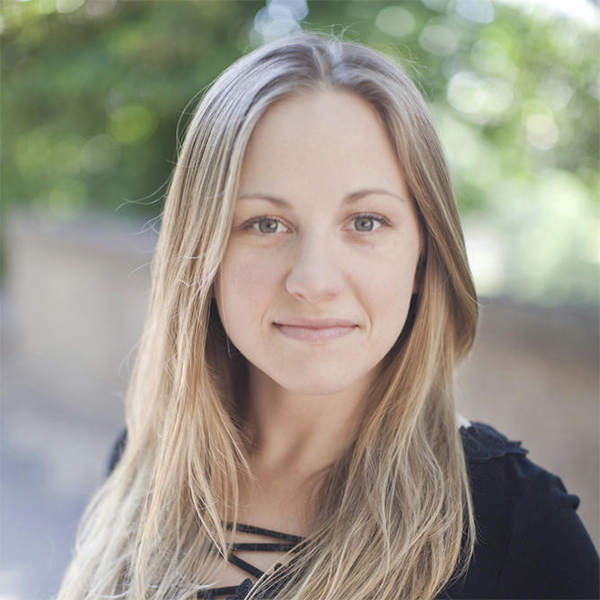 Becky Lallande Early Division Curriculum Committee & Faculty: Pre-Ballet, Creative Movement
Rebecca (Becky) Lallande is a lifelong dancer who specializes in working with young children in dance and the arts. A trained dancer in the Isadora Duncan technique, she is a company member of Word Dance Theater in Washington, DC and serves as their Director of Youth Programs for instruction in the Duncan technique. She has been teaching dance to youth in DC, Maryland, and Virginia for over 10 years and is a teaching artist with the Wolf Trap Institute for Early Learning in the Arts, InnerCity – InnerChild, and Sitar Arts Center. In addition to dance education, she has presented choreography at the Atlas Intersections Festival, been a member of the DC hip hop team Capital Funk, and performed across the city in venues such as the John F. Kennedy Center for Performing Arts, Capital Fringe Festival, and Dance Loft on 14. 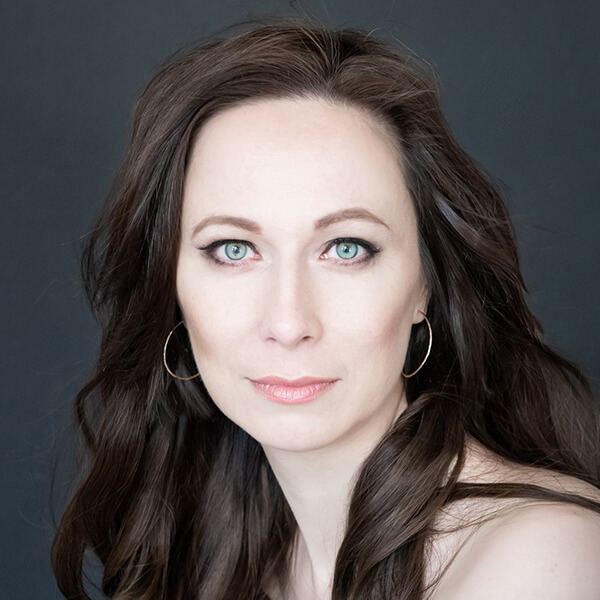 Dr. Elena Ovchinnikova Artist Development Extension Coach & Faculty: Ballet, Pointe
Dr. Elena Ovchinnikova graduated from the Bolshoi Ballet Academy obtained her PhD in Pedagogic Science (Theory and Methodology of Professional Education in Choreography) and Master Degree in Ballet Pedagogy. Elena has taught in Russia at Moscow State Academy of Choreography (the Bolshoi Ballet Academy) and in the USA at the Kirov Academy of Ballet of Washington DC. She is the former Artistic Director of Reston Ballet Conservatory. She is a guest Lecturer of Dance at the International Ballet Festival in Panama, guest lecturer in Methodology of Teaching Character Dance at the Dance Department of Michigan State University, and a guest teacher and choreographer for ballet academies across the USA, Austria, Spain, and Hong Kong. Elena was awarded in three International Ballet Competitions in Vienna (Austria), Roma (Italy), and Zagreb (Croatia). She has professional performing experience as a soloist and principal dancer in ballets of the classical repertoire to include Swan Lake, Raymonda, Nutcracker, Giselle, Cinderella, Coppelia, Paquita, and Don Quixote. She performed with renowned companies to include Russian State Theater “Ballet of Russia” (Moscow, Russia), Astana Opera (Astana, Kazakhstan), New Classical Ballet (Moscow, Russia), and Moscow Ballet’s Great Russian Nutcracker (USA) which toured internationally. Additionally, Elena graduated from Russian State Medical University in Moscow, Russia and obtained Master Doctor/Master Science degrees, and thus, possess both a PhD and MD. Dr. Elena Ovchinnikova is the author of scientific publications in ballet pedagogy, psychology and ballet medicine. Her publications and PhD thesis are stored in the database of Russian State Library – the leading scientific library of Russia. 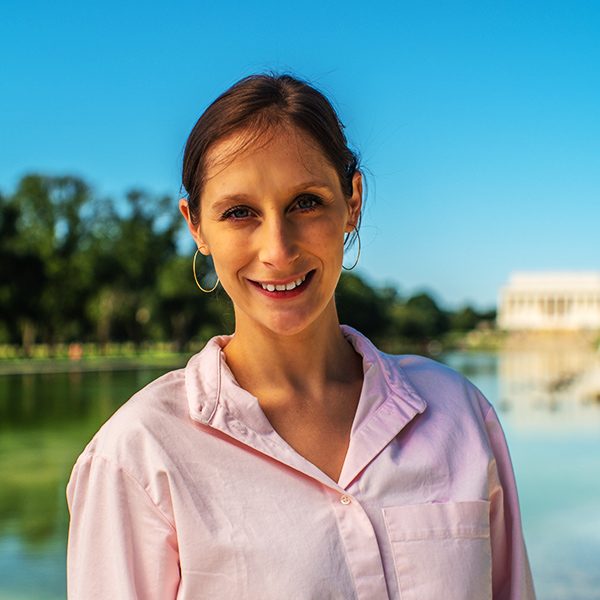 Julia Battist Artist Development Extension Coach & Faculty: Ballet, Pointe
Julia Battist is a French ballet dancer trained at the Paris National Conservatory and at the Paris dance school, Le Monde de la Danse. In 2008, she won the Grand Prize for the role of Nikiya (la Bayadère) at The Dinant International Contest in Belgium. For two years she toured Europe with Le Ballet Classique de Paris under the artistic direction of Jeannette Jacquet, performing classical repertory such as Swan Lake and The Nutcraker. In 2015, Julia moved to the U.S. to develop her modern and contemporary dance technique. She has worked with Nhiane Khosi Dance Theatre in New York and toured in the U.S. and India with Dakshina/Daniel Phoenix Singh Dance Company of Washington, DC. Her most recent projects with Company E includes (In)Security: Or, Jack And Nikki Do The Cold War Tango and the Jungle Book and The Four Seasons, performed at the Kennedy Center in Washington, DC. Beyond full-time dance commitments, Julia instructs ballet at the Dance Institute of Washington and leads a unique program for children at BloomBars called “ Le Ballet en Français”. Julia Battist has been deeply inspired by the artists of her family, especially Clément Bottier and Frederic Veys. She considers her teacher and friend, Muriel Duclos, as her cherished mentor. 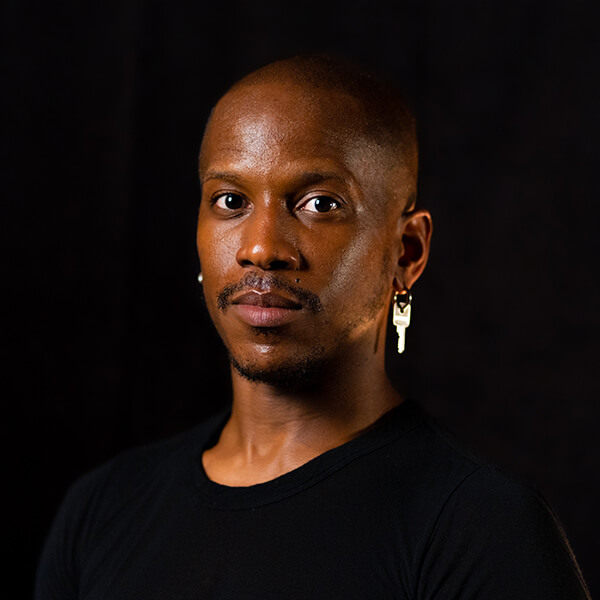 Justin Bellamy Artist Development Extension Coach & Faculty: Ballet, Modern, Jazz
Justin began dancing in conjunction with his early training as a youth gymnast, earning experience in each of the events of men’s gymnastics. As a dancer, he became an original member of Culture Shock International Hip Hop Dance Troupe of Washington, DC until 2003, when he received a scholarship to dance at The Ohio State University-Columbus. There, he studied intensively in classical ballet, modern, and African techniques. To supplement his university studies, he was an instructor at BalletMet Columbus Dance Academy. He has trained on scholarship in San Francisco, CA with Alonzo King’s LINES Ballet, earning acceptance into the LINES Ballet Repertory Program, and receiving training from numerous dance professionals in New York City, Philadelphia, and Paris, France.
Back to Top